After a very slow summer things have gotten quite hectic at work, on top of which my colleague is working from another country until the end of October. Most of our communication is done through Watsapp, and since text messages don't have expressions or a tone of voice, sarcasm doesn't always work in text form when you are rushed off your feet anyway. Communication difficulties on top of multiple projects and huge recruiting campaigns (in a language I am not fluent enough in) have caused a lot of stress which has come out as a lot of bickering and arguing. And I don't want to argue with my colleague, we're supposed to get on, which has added another level of stress. I must say, I am rather good at stressing out, so I was in serious need of a break. And as if Tallink was thinking along the same lines they had put boat tickets into a very nice sale last week and I got a Tallinn-Helsinki-Tallinn cruise for 30€. Unheard of! So weekend at home it was. 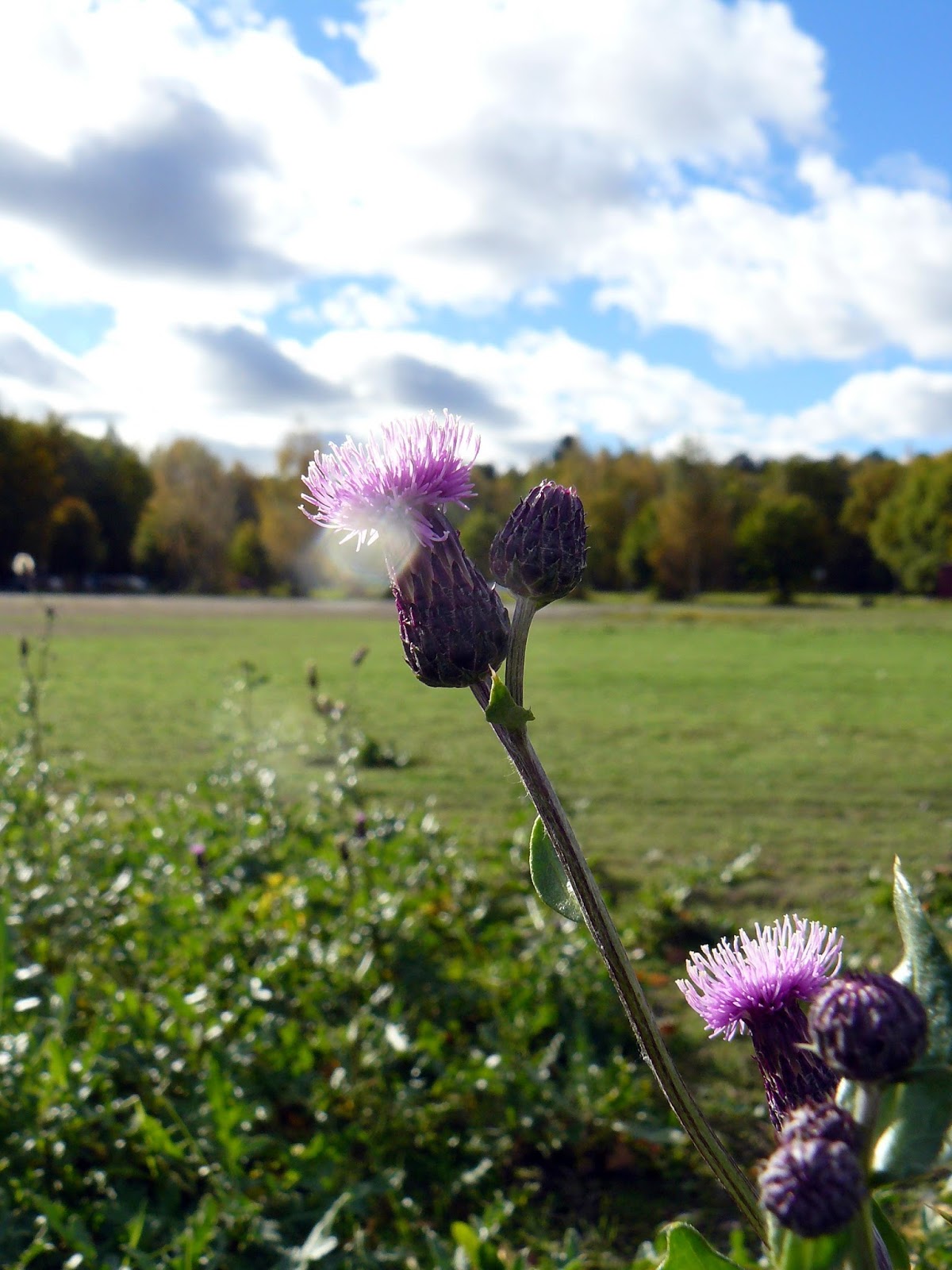 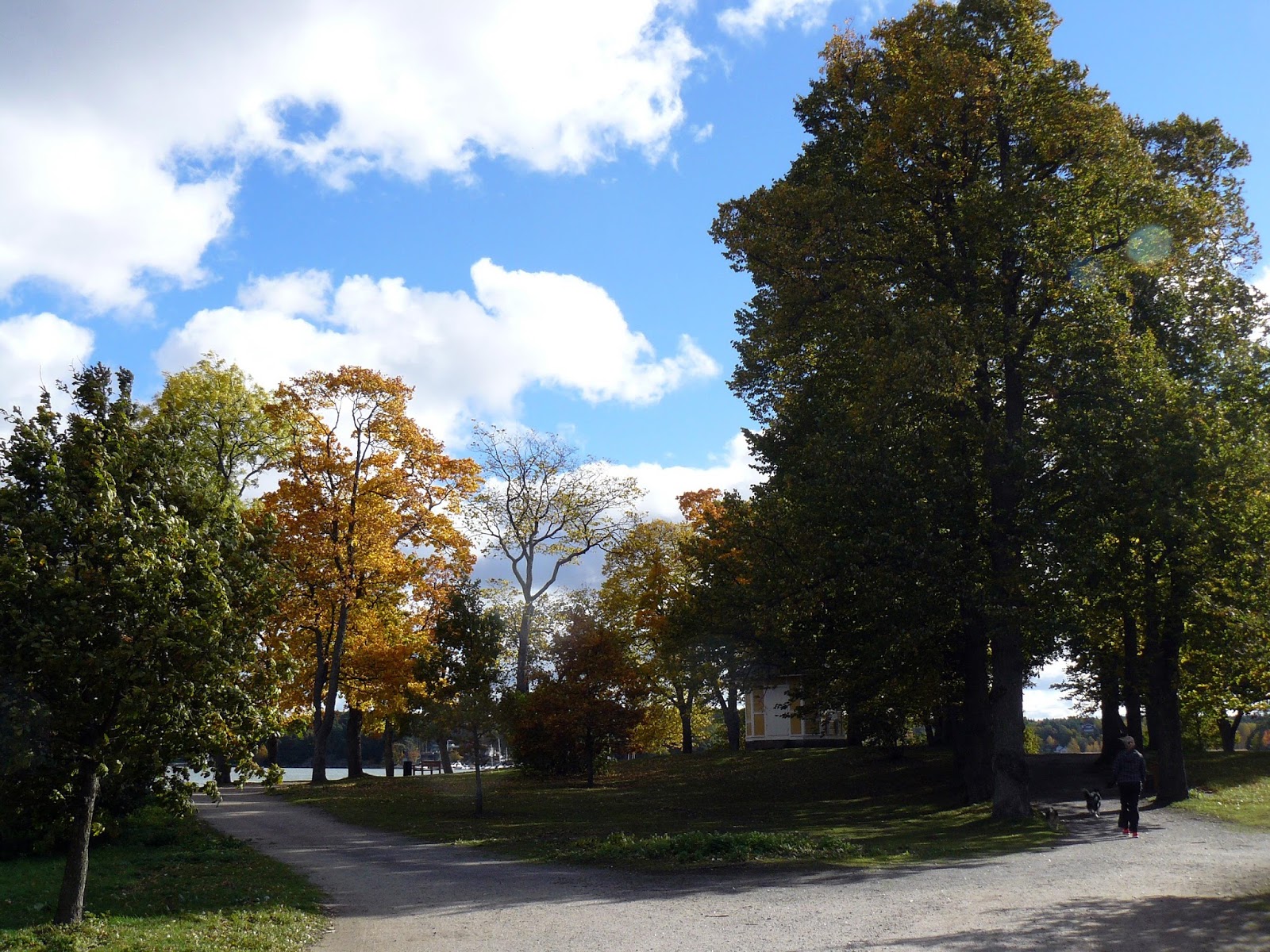 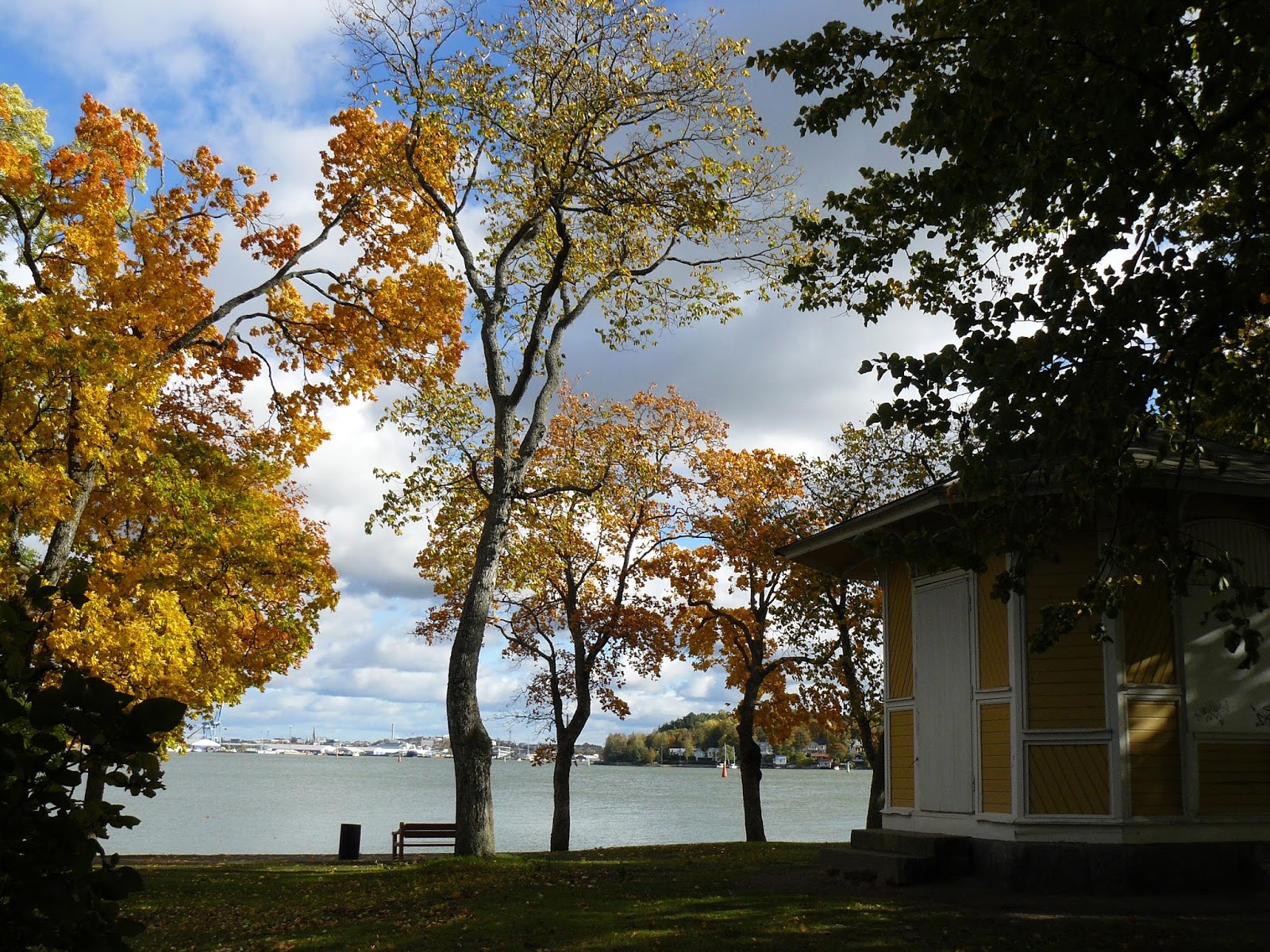 I didn't even tell any of my friends that I was coming home because I planned to spend the entire weekend lying on the couch watching TV and hugging the loan-dogs. But even I have a limit with laziness, especially if weather outside is gorgeous. Which it was; the most beautiful Autumn days I have ever seen. So, me and mum decided to pack up the dogs in the car and head off to the Ruissalo National Park, which in summertime plays as a host to one of the biggest festivals in the Nordic Countries, Ruisrock. But in addition to Ruisrock, Ruissalo has a lot of other thing to offer all-year round. For example a botanical garden (which I am ashamed to admit I have never yet visited...), beautiful sandy beaches, great hiking routes in the woods and along the beaches, a spa hotel and the most amazing summer residences (I can't call them summer houses, because they are so much more). 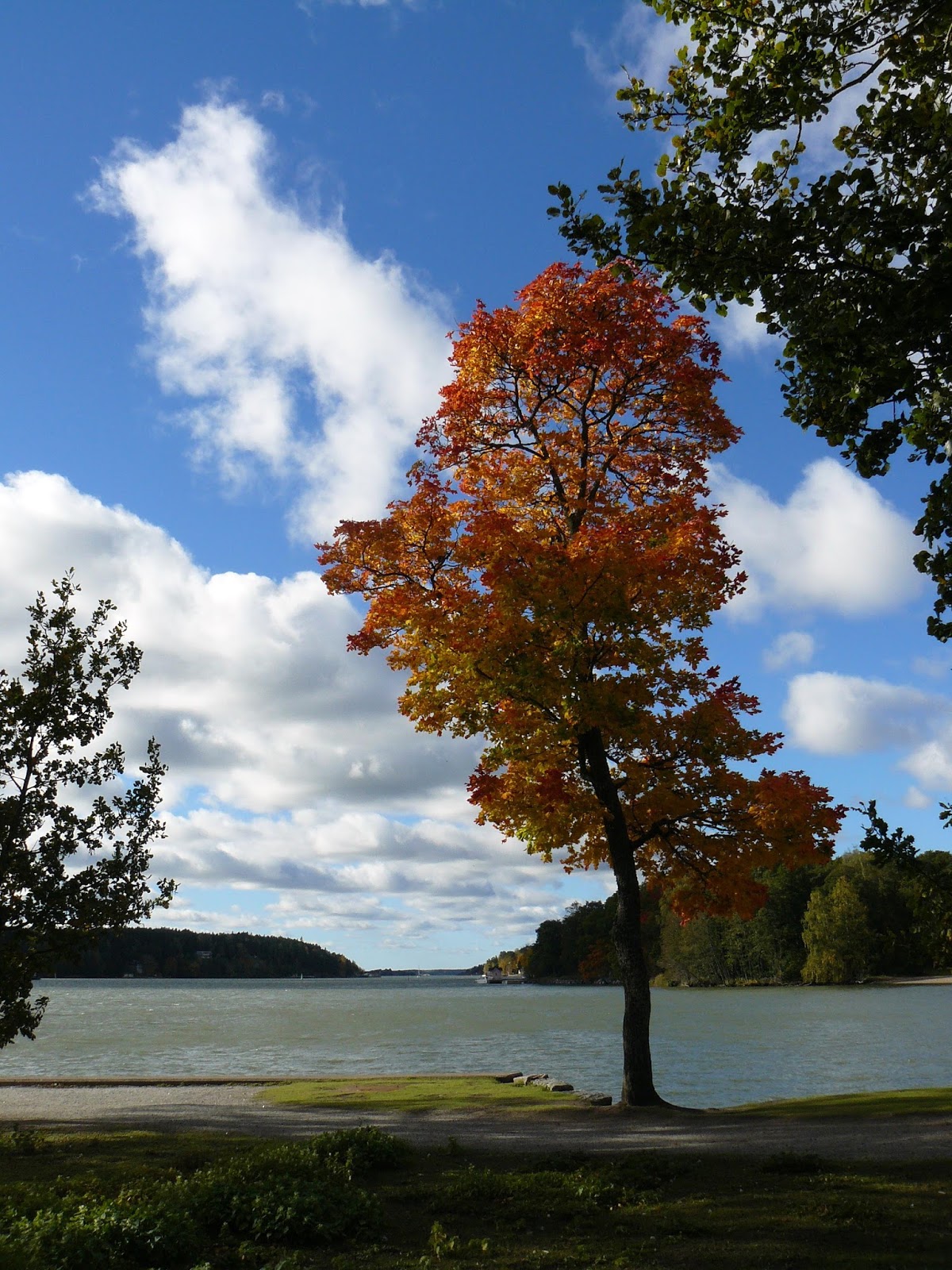 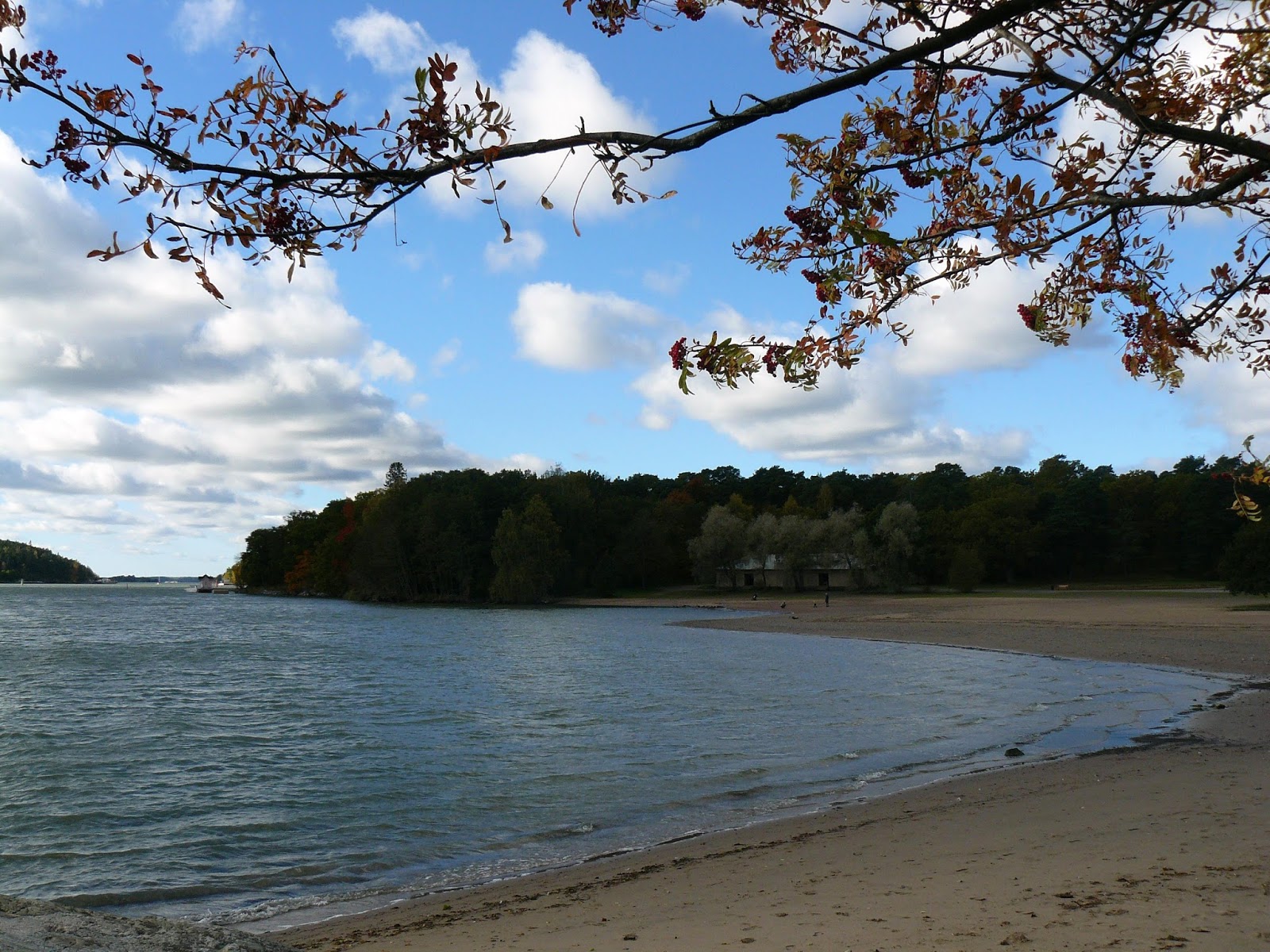 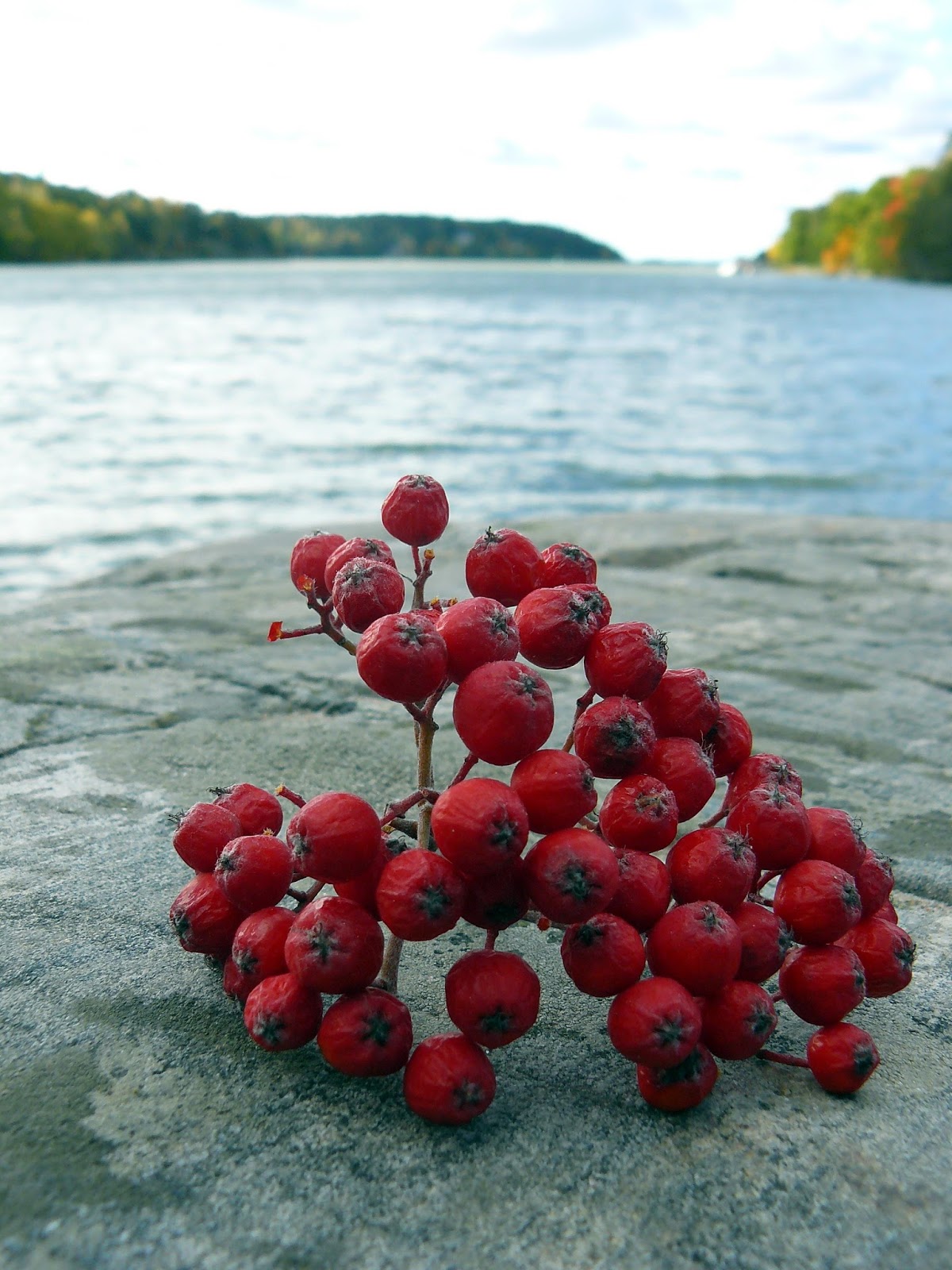 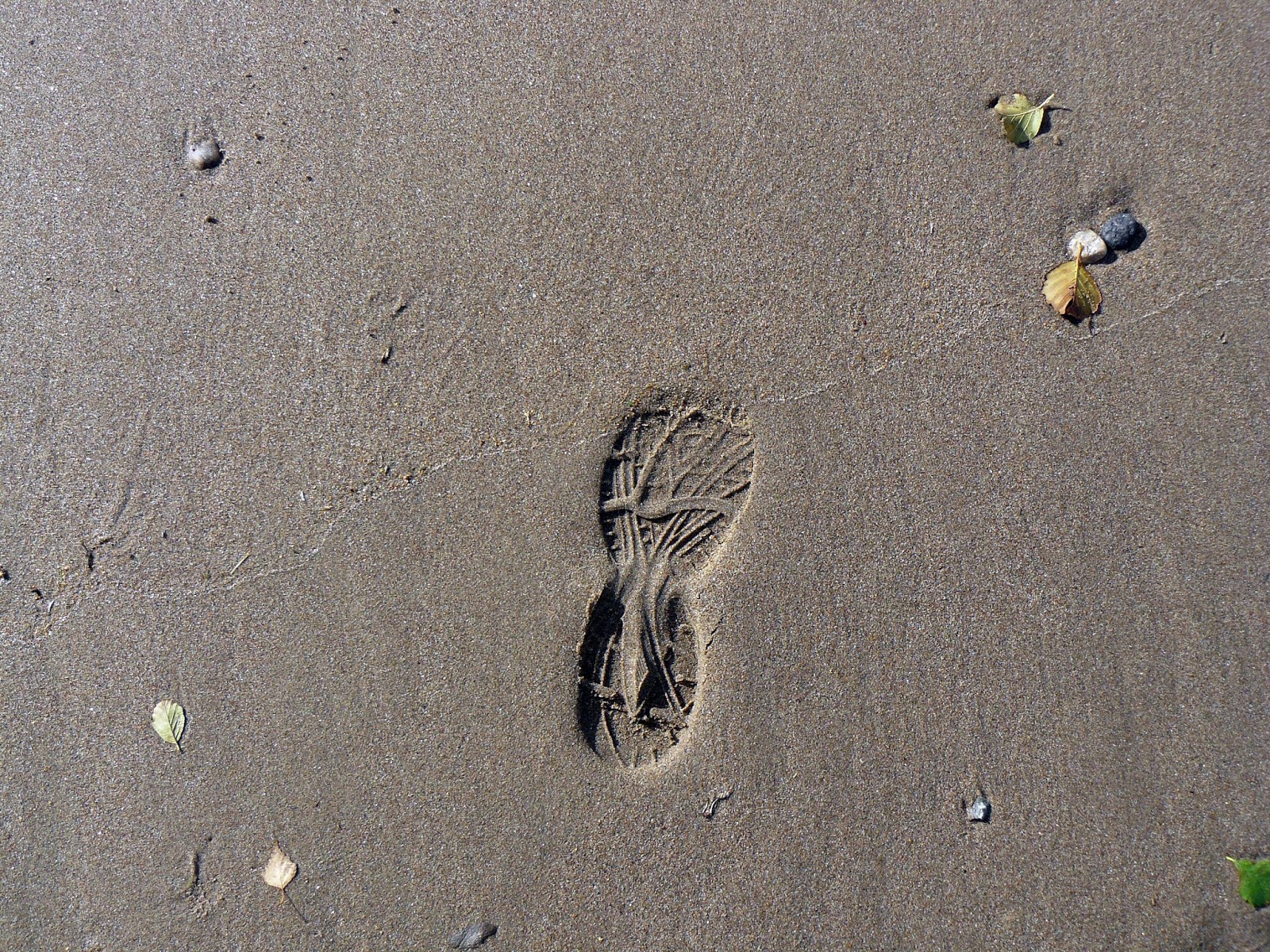 We found a parking lot in the middle of nowhere, let the dogs out and started towards the sea gleaming in sunshine in the distance. The park has served as a public recreation area since 1800's. At first it was predominantly in the use of the richer folk who also had magnificent, small residences scattered all over the islands but then along came steam boats that offered affordable tickets for poorer people, so that they could come and enjoy the leafy parks just outside the Turku harbour as well. 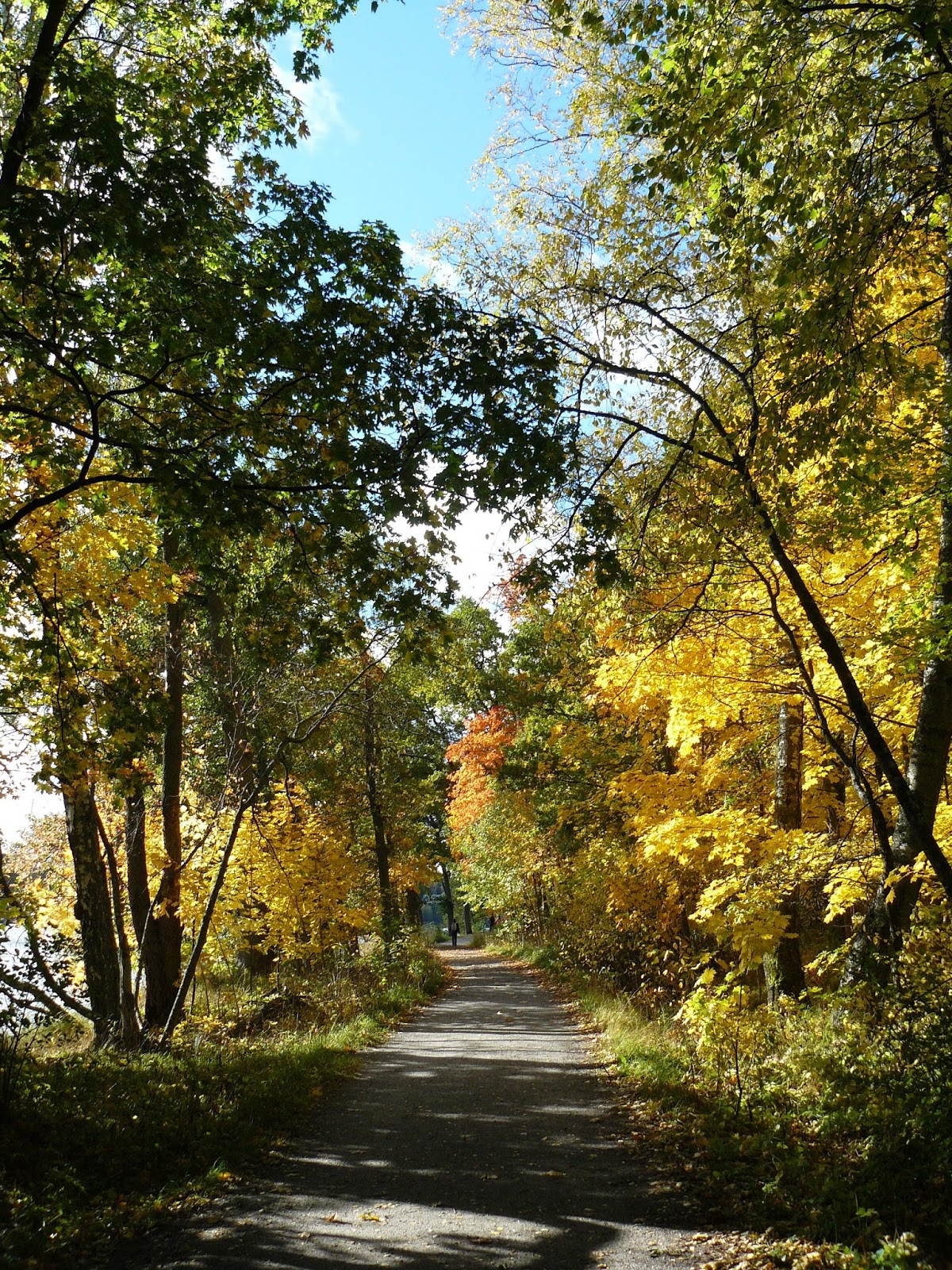 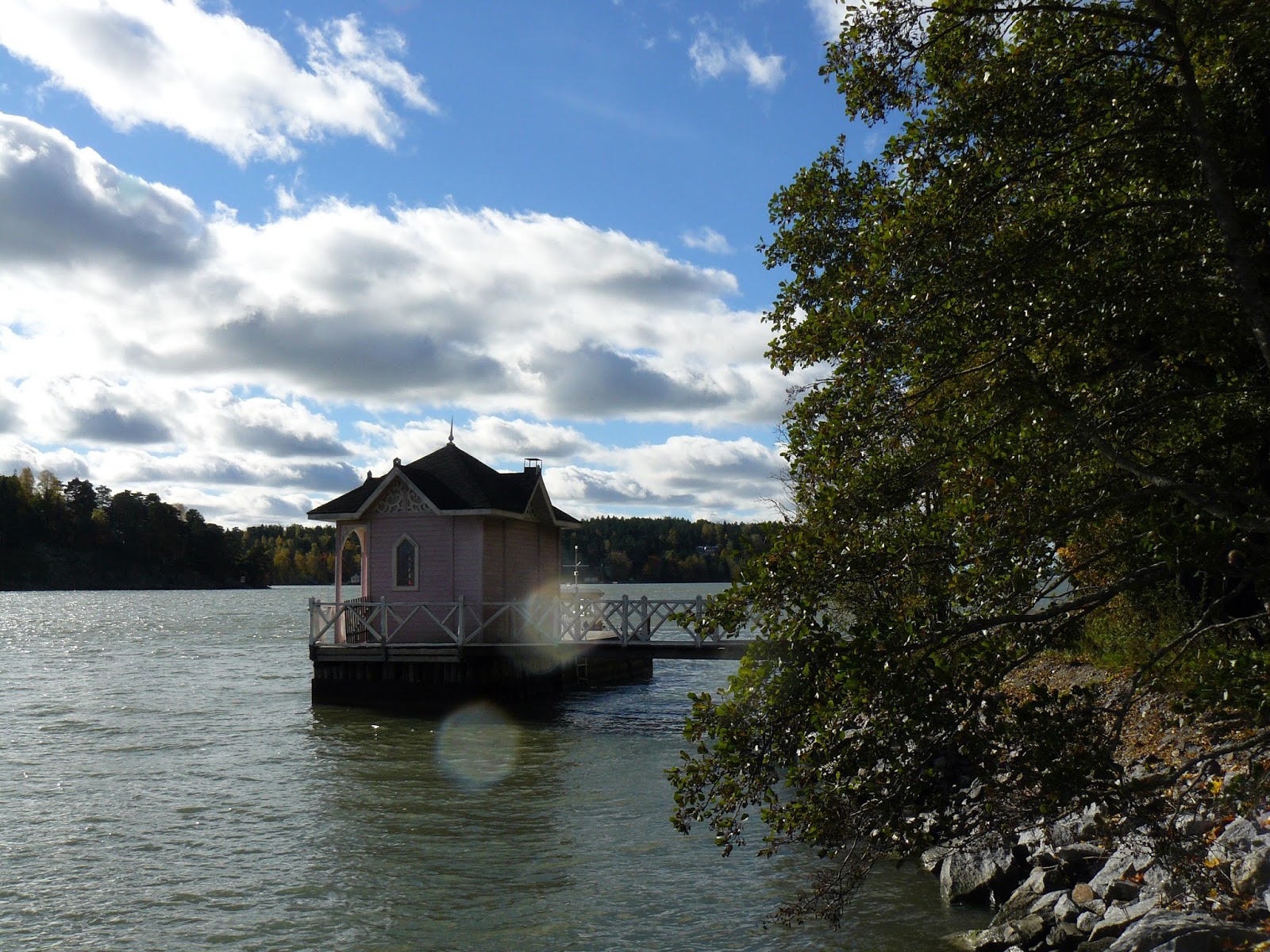 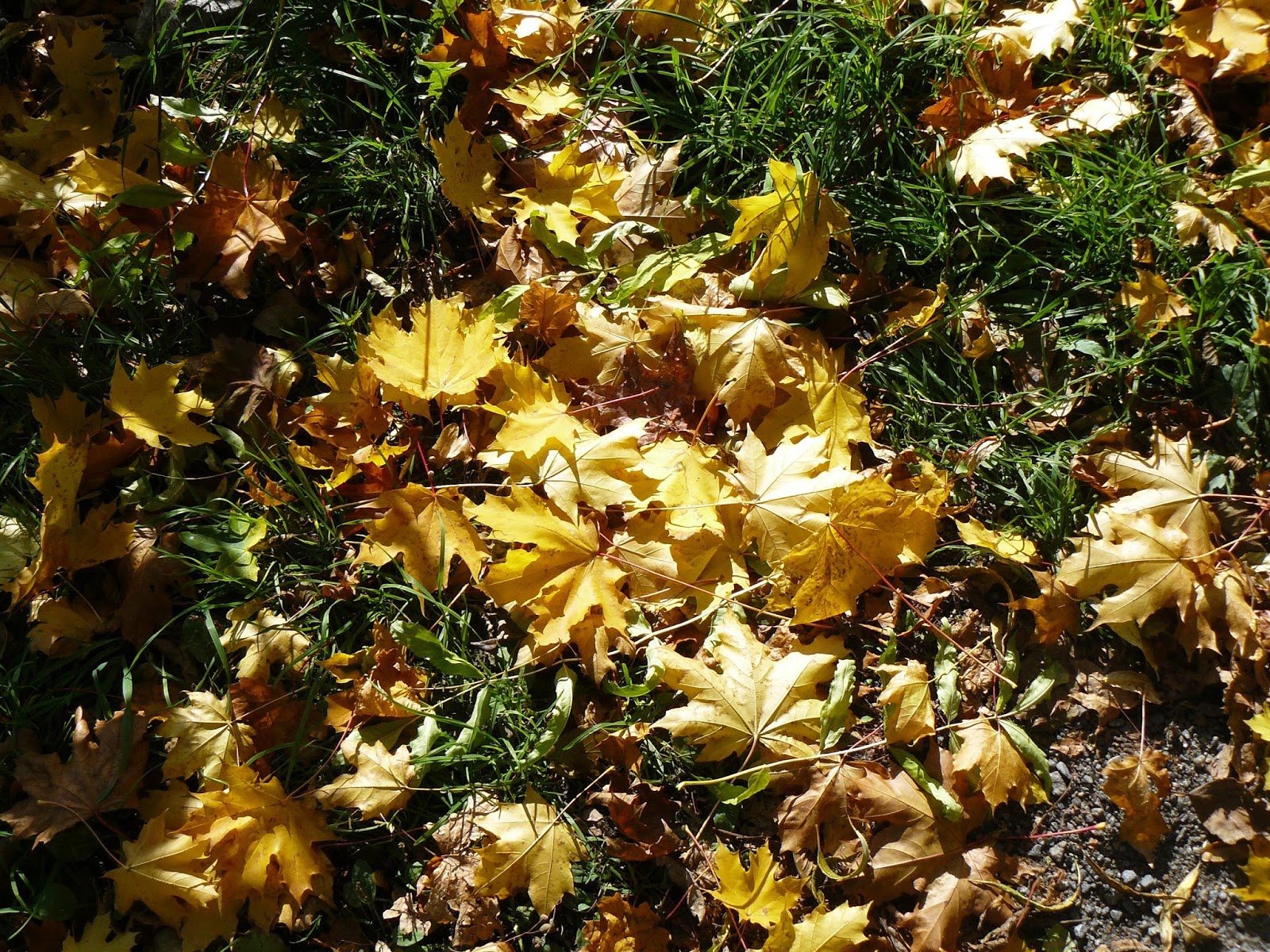 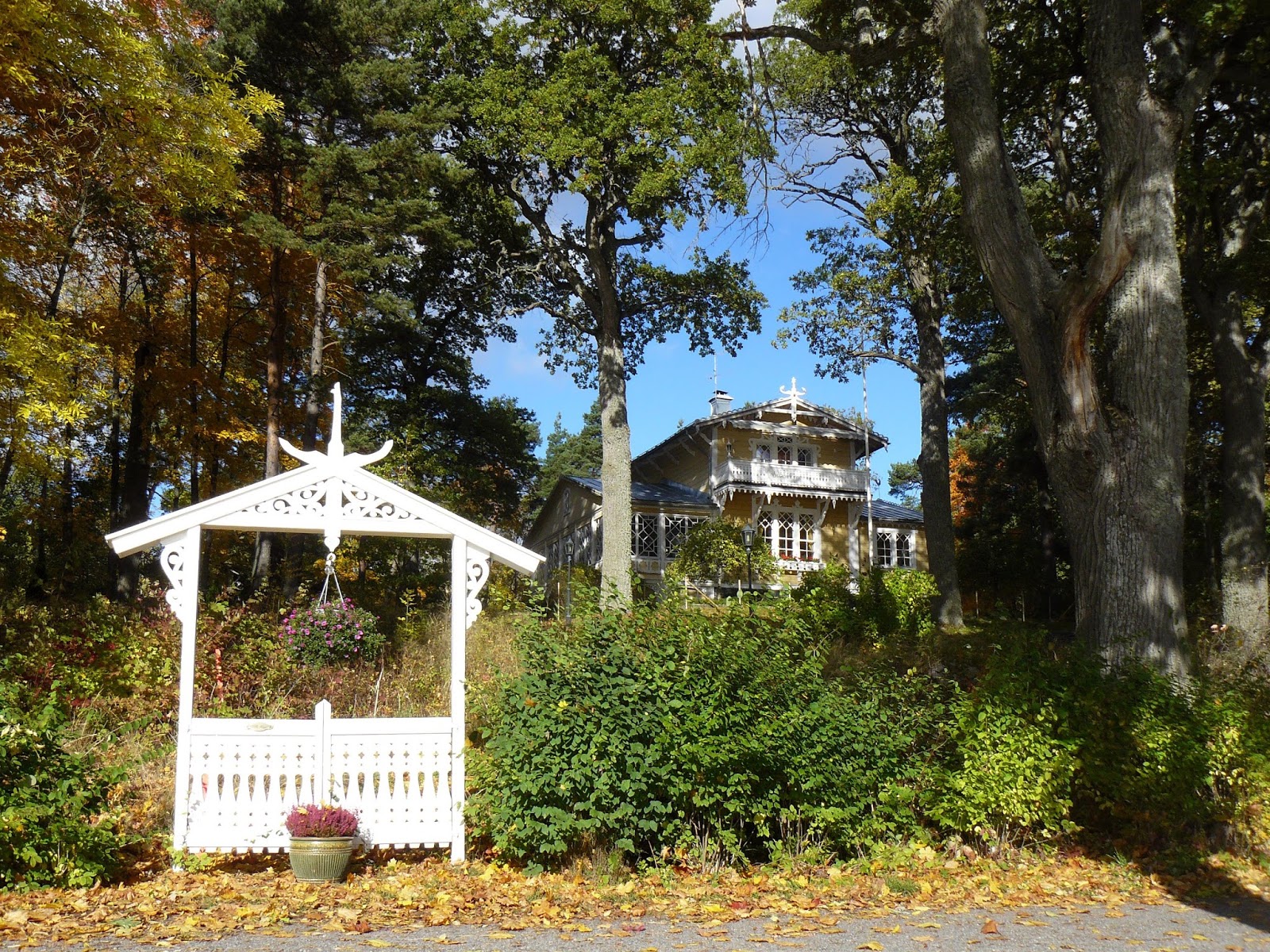 I love the parks in Ruissalo anyway because it looks totally different from the rest of the parks and woods in Finland. You barely see one pine tree, which covers most of Finnish landscape. Instead the park consists of leafy trees like maple and oak, which change colour in the Autumn into most amazing shades of yellow, orange and red. In my years in Slovakia I had already forgotten how amazing Autumn in the North can be! Autumn smells amazing, it looks magical and it feels refreshing (I am now referring to a good Autumn, if instead it would rain all day every day the matter would be completely opposite). We were there at the perfect time because the leaves had already turned from green to bright and cheerful colours but have not yet started falling. Although the wind that accompanied us could just as well undress the entire park with one sweep. The poor dogs had their fancy furs completely messed up by the end. 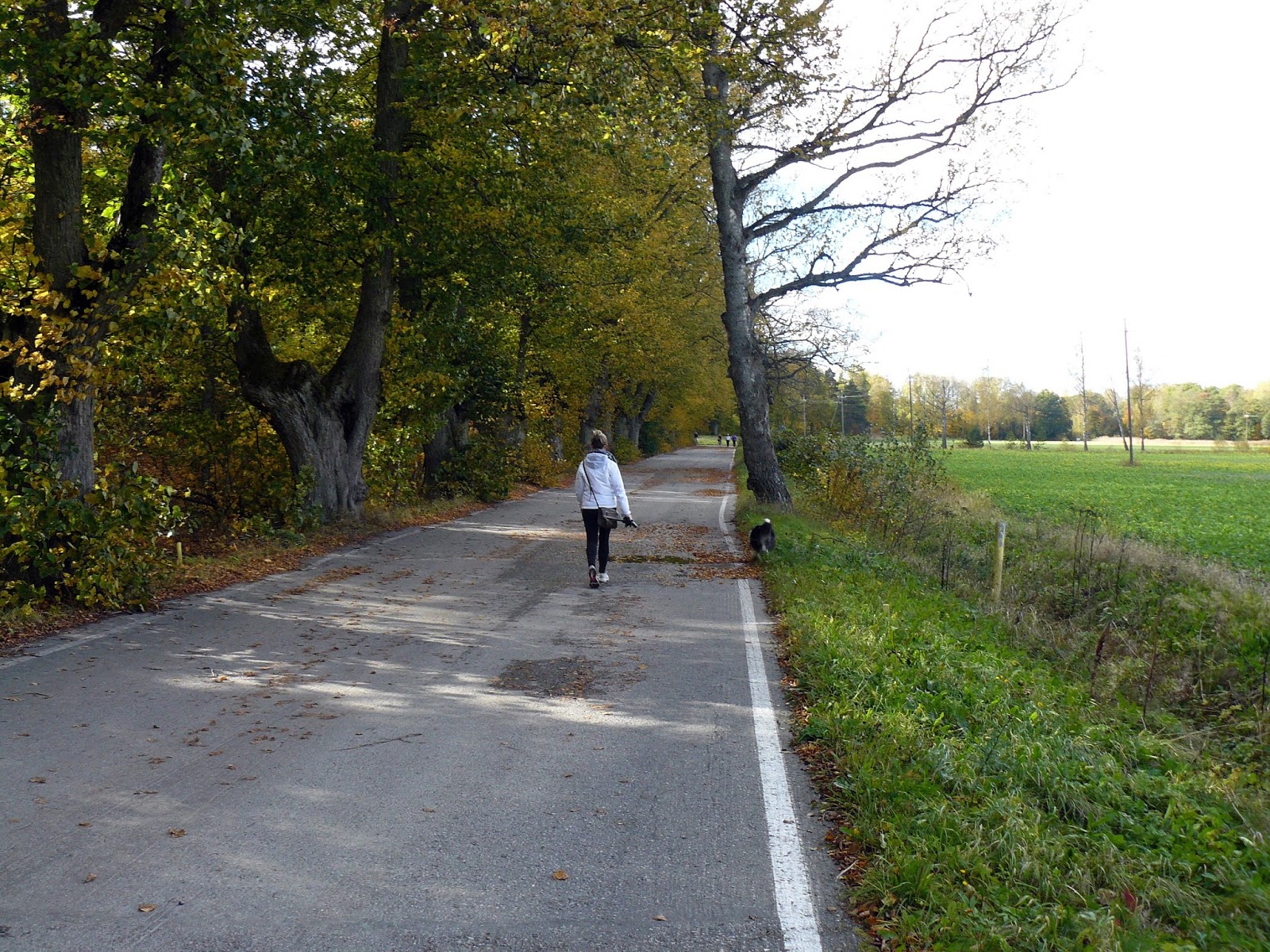 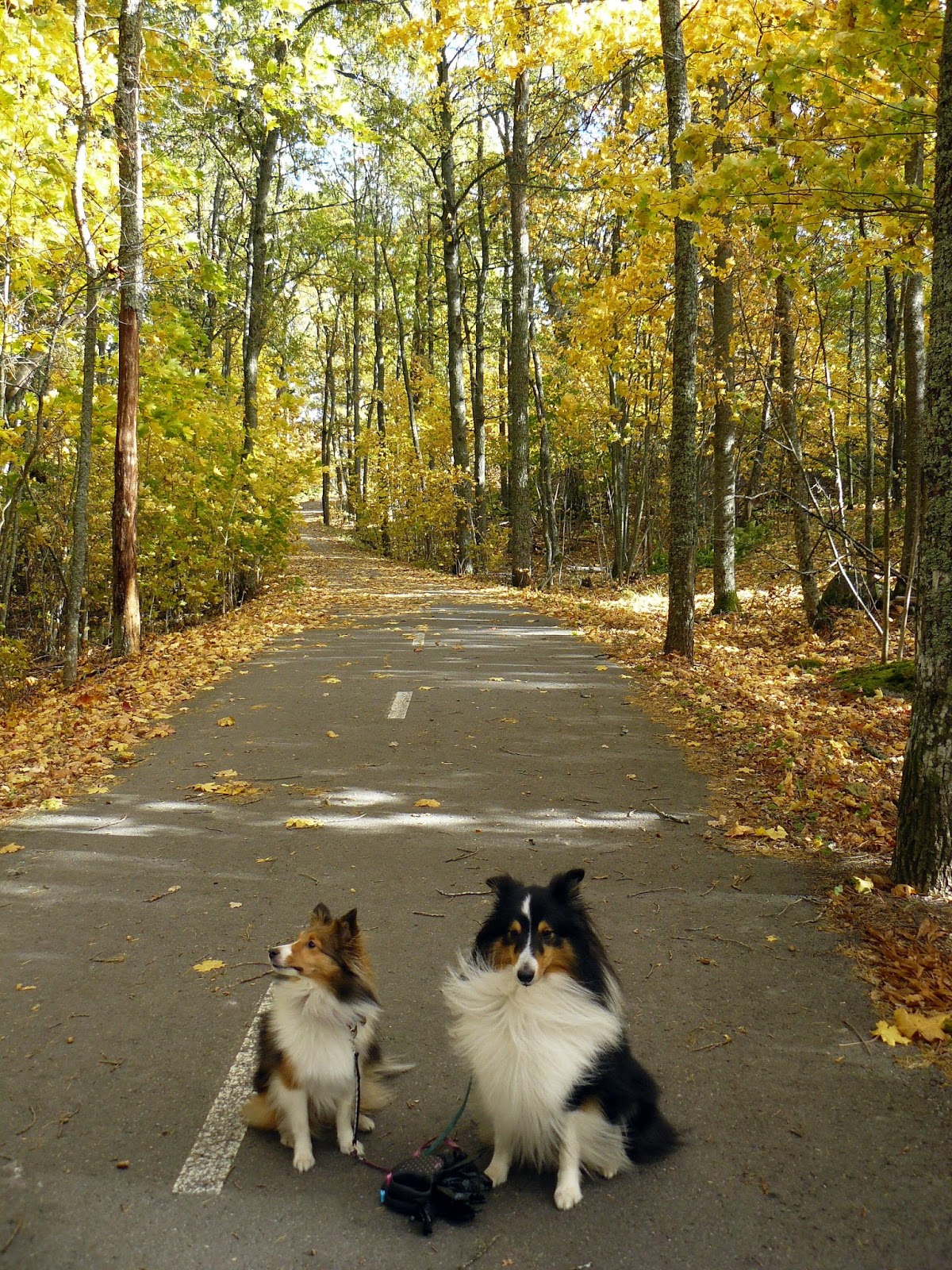 This weekend was just the break I needed. Nothing clears your mind like a walk in nature. Even if you aren't able to leave your brain at home when you start towards the park or the woods eventually you forget them somewhere on the way and relax. I had some major decisions to make work-wise as well and now that I have finally cleared my mind enough to allow myself to think properly I can weigh the pros and cons of whether I should take a second job in the sole purpose of having more money to spend per month, or whether it all might be a bit too much and there is a risk of burning myself out by Christmas. It all comes down to priorities: which is more important, money or free time? Thankfully I know myself and I know that while stress can be a good thing for some people it surely isn't for me. I'd rather spend the evening hours for walks in the park or on the beach or drinking a chai latte in NOP or reading a book and having a glass of red wine in candle light while it rains like crazy outside than sitting in another office on the phone doing a job that I don't like to begin with. Viva la vie! :D