This challenge has been going around in Facebook for a while already but I’m jumping on board only now. It’s been funny and interesting to read people’s first work experiences, it has given a little window to see how they have ended up where they are now, what sort of path have they traveled. And there have been some very surprising ones also, that I would never have imagined that some of my friends would have done as work. Somehow this has (as far as I know) been concentrated on the Western world and especially young people living in Nordic countries. It is a fact that in Nordic countries people start working and move out of their parents’ place much younger than in other parts of Europe. So quite many of my friends can’t even list as many jobs as seven because their first work experience is from after they graduated University.  But I sure can! 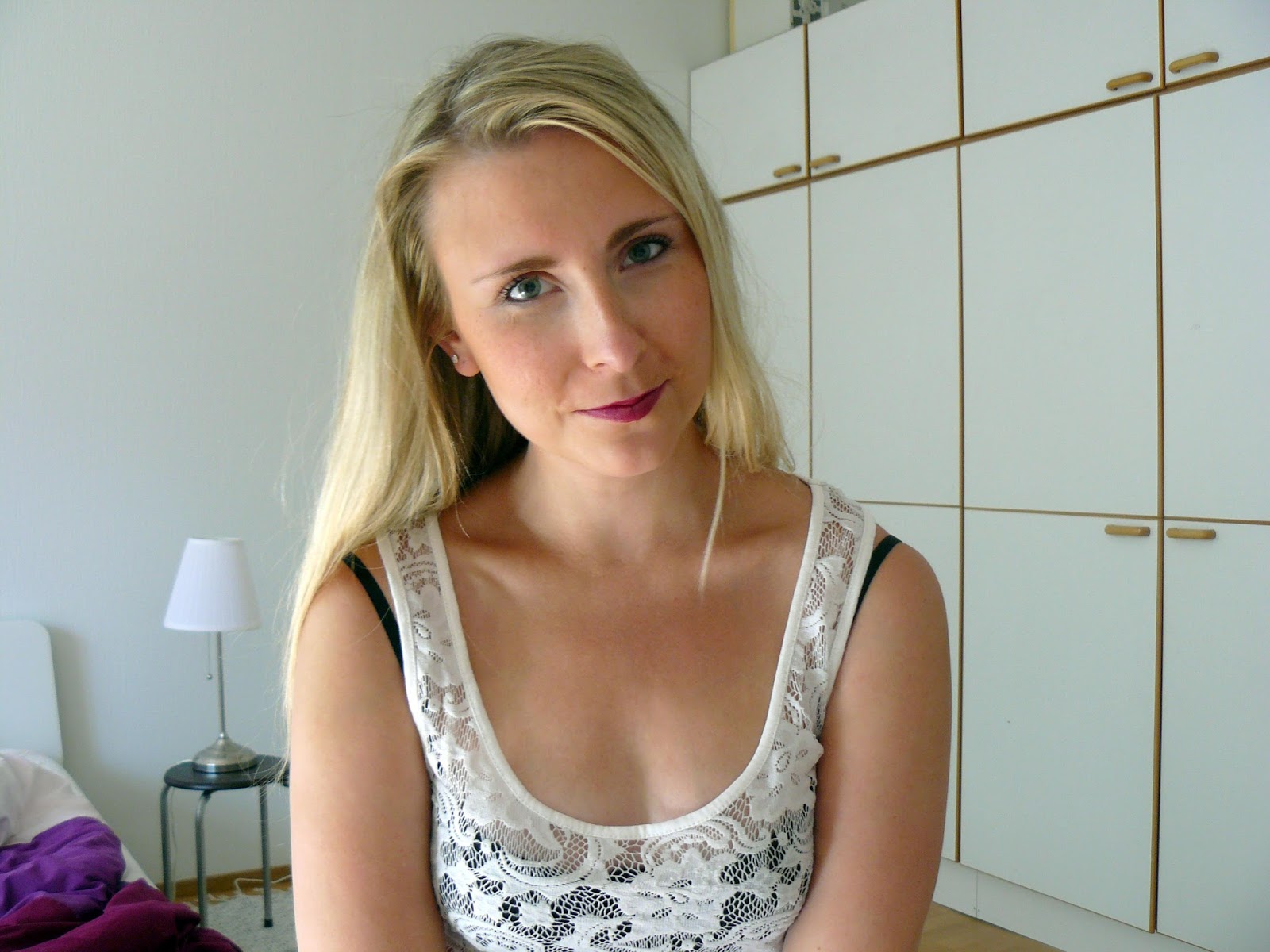 #1 Library assistant
My first ever job was a one-month-long summer job for the City of Turku. I was 13 so legally I was only allowed to work 4-6 hours a day. I worked in libraries around Turku and my tasks included cleaning, putting returned books back into shelves, fixing damaged books and planning and participating in the Medieval Market in Turku (luckily one of the libraries I worked in was on the old Main Square so I was provided with a medieval outfit and all). Back then I thought of myself as already almost an adult but nowadays looking at actual 13-year-olds I find it astounding that I was already working at that age (or size). The job taught me very basic things that you must master if you want to be successful in work life: working hours and sticking to them even if there isn’t anything to do that day, alphabet, precision and the fact that if you start a task, you will have to finish it.

#2 Ice cream salesperson
My second job was a big leap to a lot of responsibility whereas in the libraries I didn’t have any. I sold ice cream in a kiosk by the river and next to one of the busiest bridges in Turku for two summers. It was a nice job if it was a good summer, which meant that we would be busy as hell and the days went by fast. If the weather was bad the kiosk was closed, which meant that we didn’t get paid either. I made some great new friends in that job and learned to count the cash and do a teeny bit of accounting. The second year I also coached the new sales people. Customer service experience was one of the main learning-point in that job and has been very beneficial since. The job also taught me a lot of patience, which I never had previously. The Turku riverside is very busy during summers so there was also some drama: one time some Russian family decided to pass the very long line of people and ordered ice cream. I told them to go to the back of the line like everyone else and wait their turn. They couldn’t understand why on earth they would do such an incredibly stupid thing as wait their turn. Other time there were two young men very much under the influence of drugs harassing the customers in line and I even had to call the police… Surprisingly exciting job being an ice cream  seller! 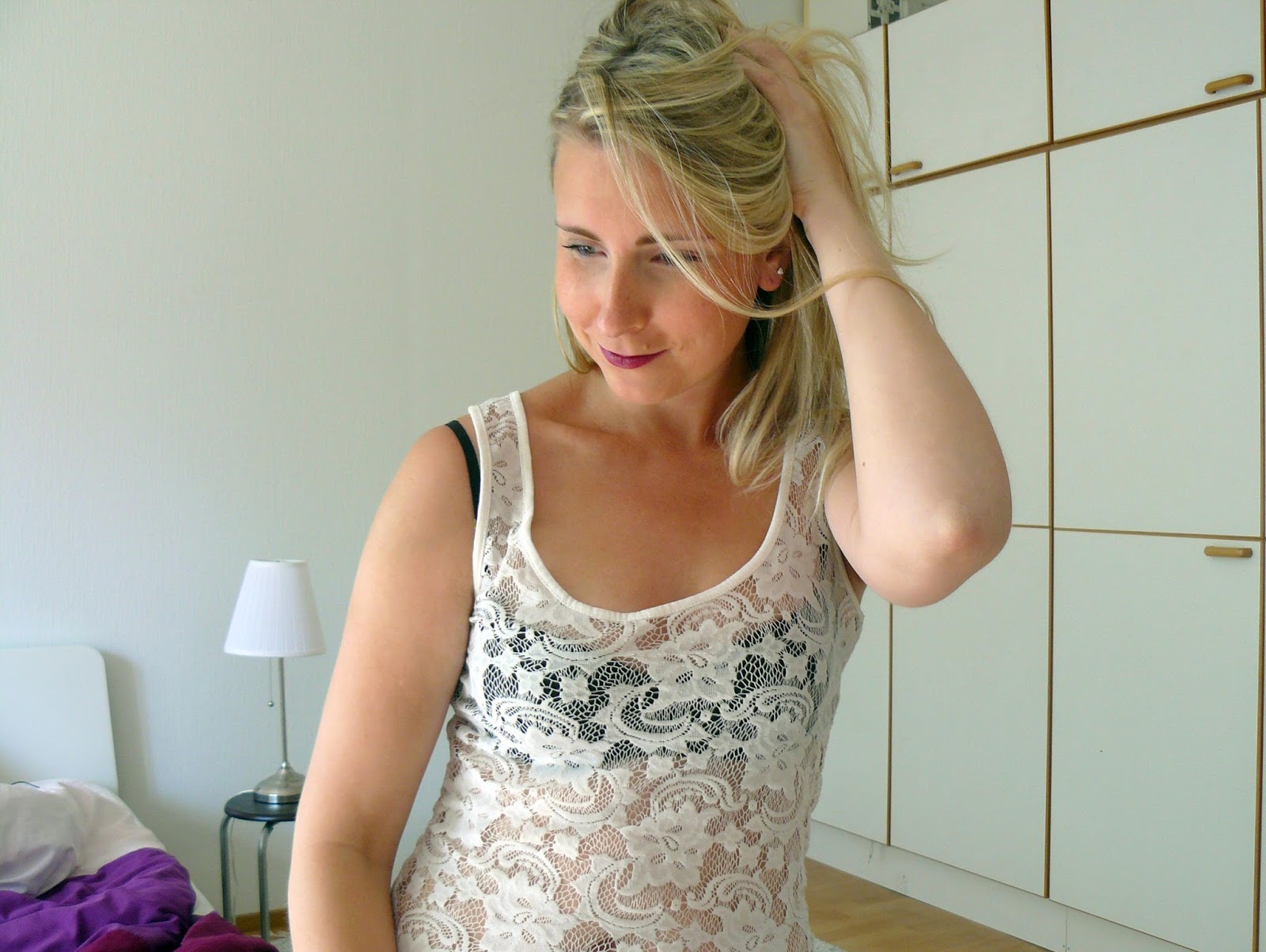 #3 Sales person in a jewelry store
I have worked in a supermarket doing inventories and packing people’s shoppings at Christmas time, but that was only for couple weeks. So the next proper work experience was when I got a job aside University studies as a sales person in a jewelry store. This has been one of the most substantial job experience I have ever had, and even though I worked there every now and then between my periods abroad studying and interning, it has been my longest employment in one place: over three years altogether. I had some amazing colleagues but I also had one of the worst bosses in the world. But one has to cope and try to concentrate in the positives in the job, not on all the wrongdoings that the management got away with. As long as I did my own job well enough I was fine. Sales and customer experience I got plenty from that job and I also discovered that these two areas of business are not my cup of tea. But it was very good experience and equipped me for the future for sure, financially as well as skill-wise.

#4 Secretary at a metal company
While studying in University it was important to get the sort of work experience that would aid me after graduating, so I wanted a summer job as a secretary or an assistant. And I got one in a small metal company quite close to where we lived. For two summers I worked there as a holiday replacement and it was a brilliant education into administration and how to use accounting and invoicing programs; Things that you have to learn at the workplace, because you can't anywhere else. There were boring days as well, especially in July when everything stops in Finland, but then I would update databases and help with customer service. This job I am very grateful for, since it really opened the door for me into the world of administrative and office work. 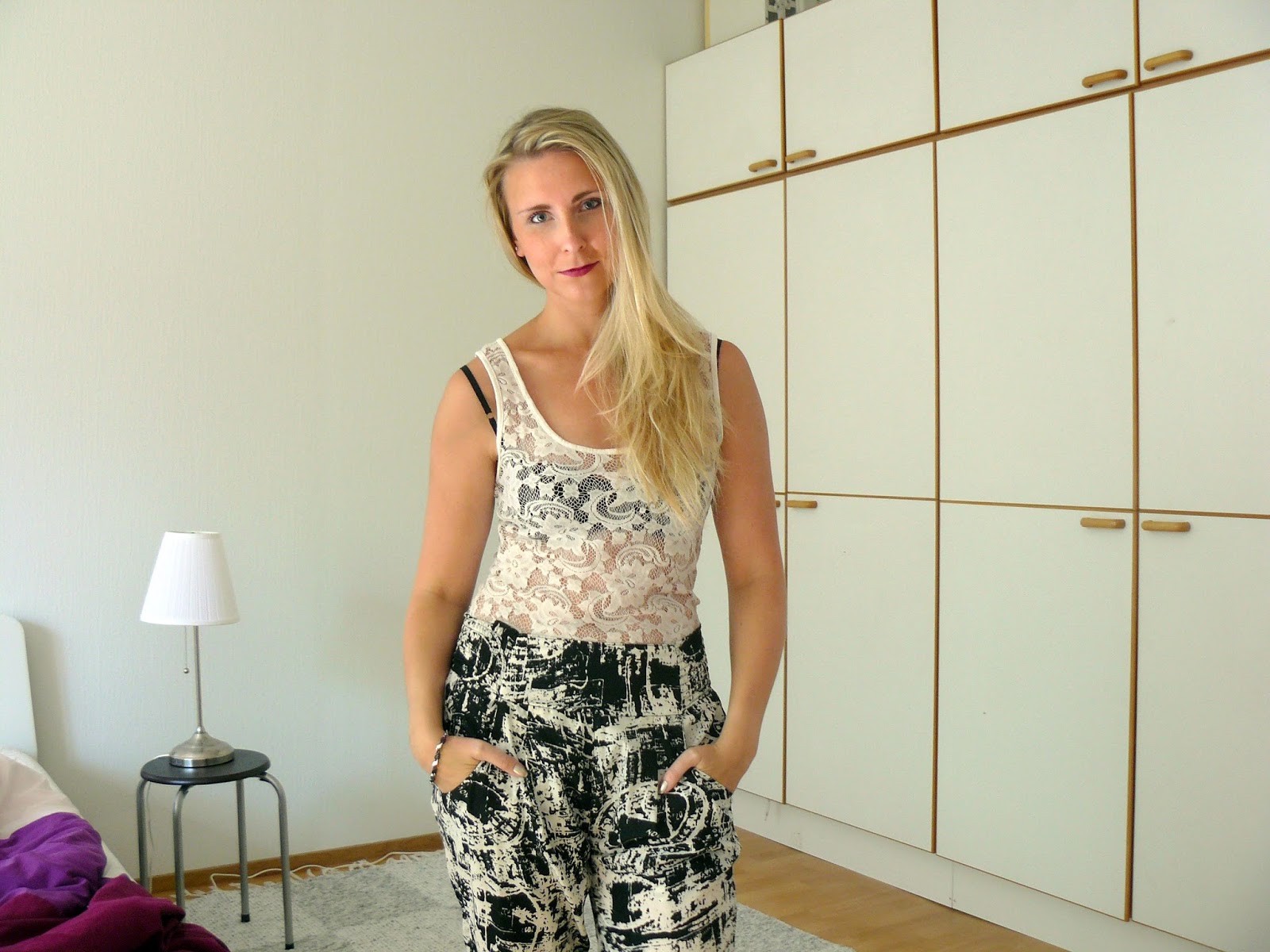 #5 Market Analyst in a Government Agency
I realized one of my life's biggest desires in 2011 when I applied and got accepted to work in London. It was pretty impressive, even if I say so myself: from 300 candidates I got selected to work in the biggest Finnish consulting company, which helps Finnish companies with expanding their business abroad, in this case into the UK. In the end my work experience didn't evolve much, there wasn't that much for me to do. But the experience looks good on CV and on top of that I got to organize and participate in the events and parties in the Finnish Embassy. That was pretty damn cool! And all those networking events in some of the fanciest hotels in London... Now looking at all of that I do think that I could have done better in the job as well as in all these awesome events if I had been just a few years older. But the experiences sure were great! And London, lovely London <3

#6 Shop assistant in a clothing store
Coming back from London I returned to my safe and sure job at the jewelry store and worked there over the summer. But unfortunately there comes a time when a limit is reached and eventually I couldn't stand the terrible management in that place so I applied to a similar job in a clothing store. Didn't work for me, though, because the management there was just as bad. I lasted for three months, after which my contract was not renewed and thank heavens for that because I needed to graduate. 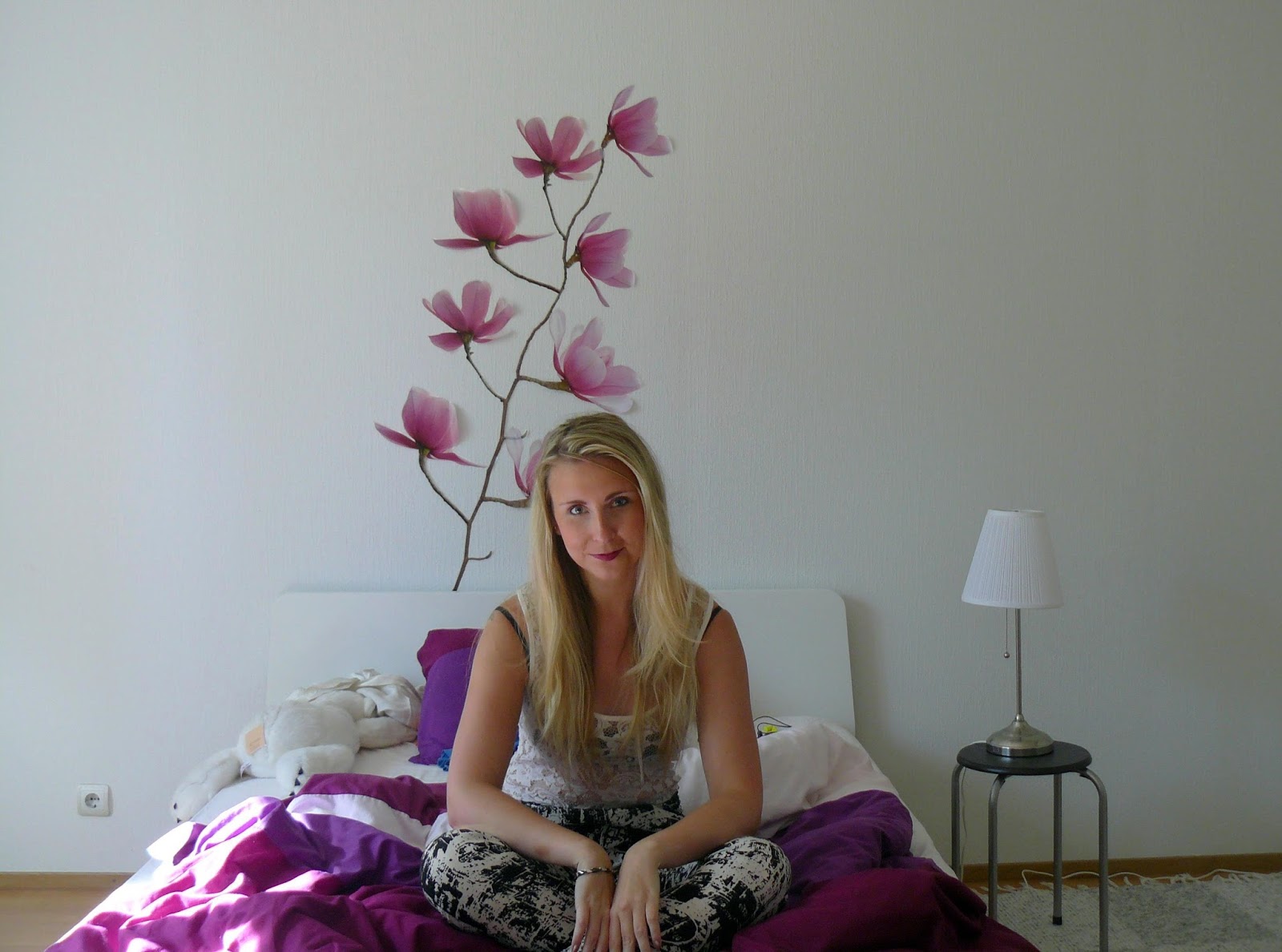 #7 Marketing & Sales Co-Ordinator at a jewelry manufacturing unit
My seventh significant job was not officially a job, it was an unpaid internship. After spending a year jobless I was even ready to work without pay, as long as I had something to do. This job was a great one because in a small company I got to do a bit of everything from crafting bags and boxes for selling the jewelry to invoicing, delivering goods to the shops and creating marketing materials. But even here my bad luck would not leave me be and one morning I came to work to find everybody crying and looking completely shocked in the lobby. One of the bosses had committed suicide. This was, of course, extremely shocking and absolutely terrible for all of us. And it also meant that after the 6-month-internship they weren't able to hire me properly. This turned out in my favour, though, because the suicide was another point for me that made me to boil over. I was fed up with Finland for good and I didn't care where I would end up next, I would be leaving and that's that!

So I left. And I ended up in Slovakia... And the rest is very happy history, of which you can read about on the pages of this blog :)