Drama at the Bratislava beer festival

syyskuuta 29, 2014
Autumn in Central Europe means wine and beer festivals. Best known is obviously the Octoberfest in Germany, but Slovakia has its own alcohol-related festivities as well. September was the time for the local wine makers to provide their range of local wines to people in the multiple wine festivals around Slovakia. Unfortunately I did not attend any of them. But last weekend the beer fest came into town! 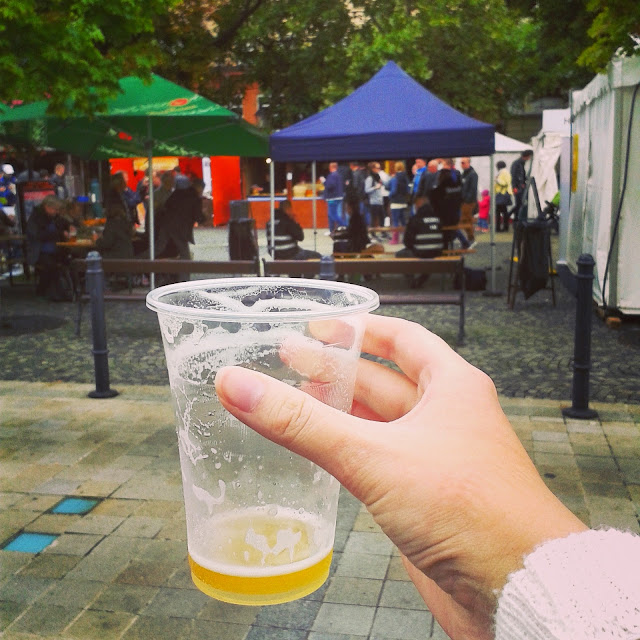 If you ask Slovak people, many of them will recommend Czech beers over Slovak beers. I don't know much about beer since I never drank it before moving here. But out of the three beers that we bought at the beer fest I could easily identify my favourite.

And that was all I was actually able to get out of the festival because after the first beers a colleague of mine (with whom I went to the fest) all of a sudden fainted. I was able to catch her before she hit her head on the gobble stones, thank goodness. She had barely hit the ground when there were people swarming around us helping her, lifting her legs up, calling an ambulance while me and another colleague just sat there with our arms open wide like "whaaat is going ooon??". My heart goes out to every single one of the people who came to help because I had no idea what to do, so all I did was squeeze my friend's hand and hope she'll wake up some day. She did, though, quite quickly. 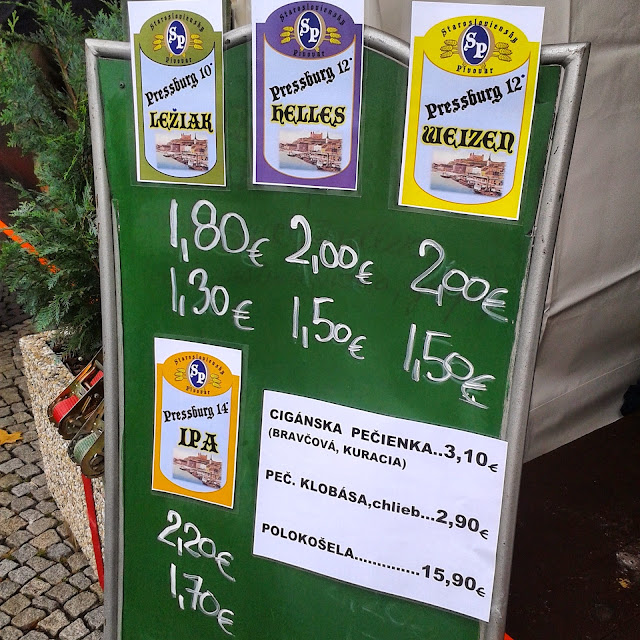 There was an ambulance ready just outside the festival area, so the professionals were there in no time. Problem was, those professionals didn't speak a word of English. Thankfully there were two women translating for us. They also waited with us until another ambulance came to take my friend to the hospital for a check-up and they also drove my other colleague to the hospital after the ambulance because only I was able to drive on the ambulance with the faintee. I was near tears when they said they would drive to the hospital after everything they had already done for us. I am always so happily surprised how helpful and wonderful the people here are. Finns should take a leaf out of their book of manners... in fact, Finns should take the whole book and study it by heart!

In the end it wasn't anything serious, just a combination of too little sleep, not enough water and not enough minerals. A liter of salt water into a vain and she was on her feet again. I must say, though, that I truly hope I will never end up in that hospital again in any case. Obviously the building was rather Soviet-like with old-fashioned equipment, but that's ok. The fact that freaked me out was that the building was pretty much held together by mold... the smell was unbelievable. We spent about an hour sitting there so I hope and I pray that I do not have asthma or anything. It really conserns me that sick people are treated in a place that makes you even sicker... 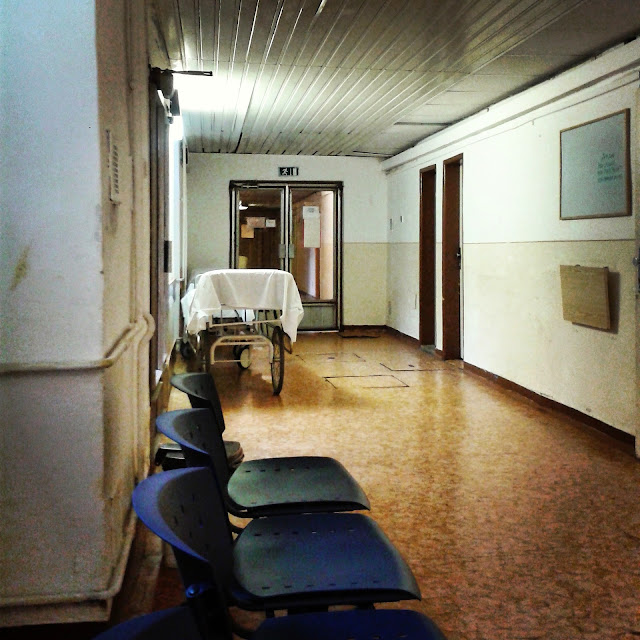 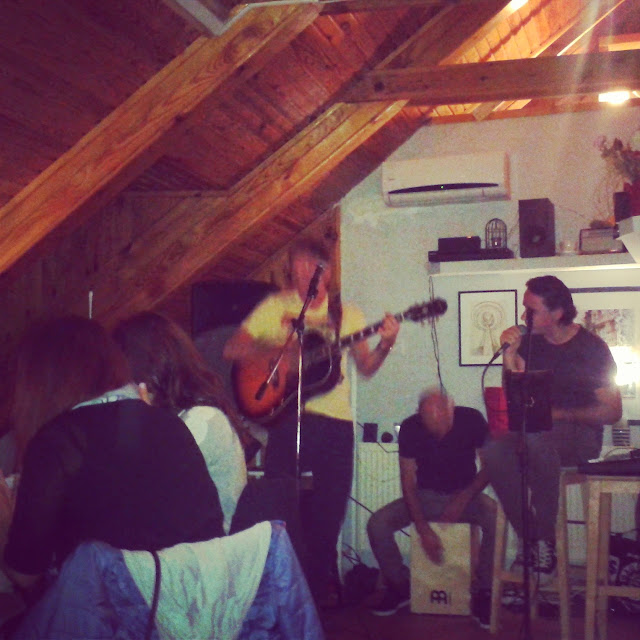 In the evening my colleague was pretty much recovered so we were able to go see a gig in the Ginger Café. It was the loveliest café ever: cosy and decorated like a summer house with a loft and everything. Wine was cheap and the band was brilliant! The only thing that could have ruined the evening was a Slovak woman waaaay too toxicated who either tried to drag the lead singer to dance with her while he was trying to sing or she just stood there leaning on the wall staring at the poor bloke without blinking... Must have been bloody annoying for the singer :D In the end she became part of the show for us because she was so ridiculous that we were just waiting for what ever she would do next. 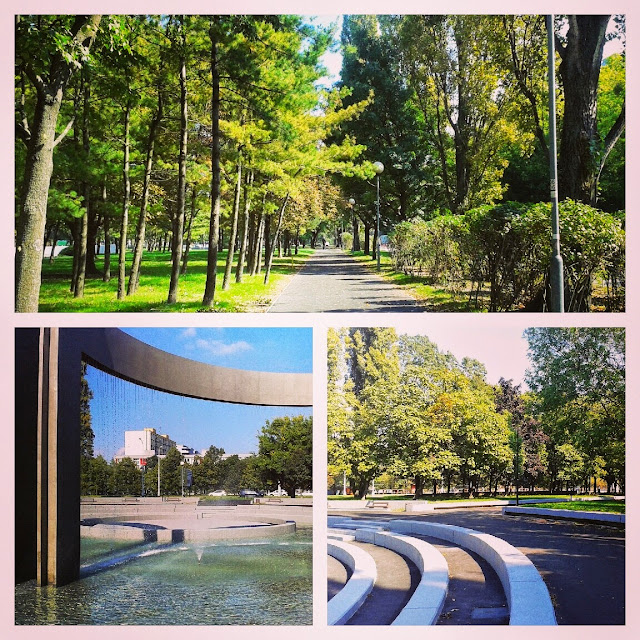 The picture above says everything there is to say about Sunday: beautiful, warm, sunny day, walking in the park and having lunch with friends. Despite the near-heart attack, life is good :)
beer festival Bratislava café culture drama friends gig hospital lifestyle park Slovak people