Home sweet home. And what a way to start off the Christmas season! On Friday I went to see a concert from a Finnish Idol-contestant from 10 years ago, Antti Tuisku. A record audience sang along to every song and danced like crazy. We had a blast! And on Saturday we had Little Christmas party with my girls, which was kicked off early in the afternoon with riding Icelandic horses. We had dressed warmly but the weather surprised us in the most positive way. Full-on sunshine and almost 10 degrees warm. It has been an ongoing joke in Facebook how in July it was colder in Finland than it is now in December. 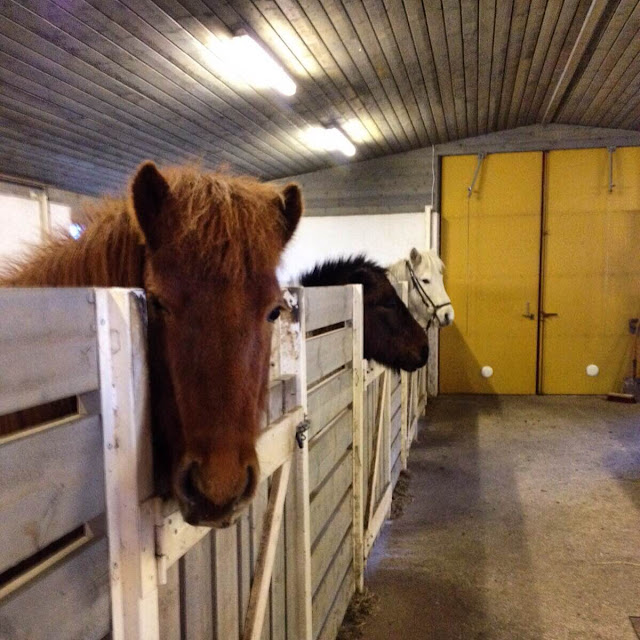 We got to the stables in Mynämäki (Jaakkolan Islanninhevostalli) a little bit late but it was fine. When we got into the stables everybody sighed with adoration: Icelandic horses are incredibly cute! They are smaller than regular horses but bigger than ponies with very fluffy fur and big eyes. They are very calm and live in herds so, unlike with bigger horses, they move in queues without a problem (aka without kicking the one behind). They are also very easy to manage since when one starts to trot the others follow immediately. 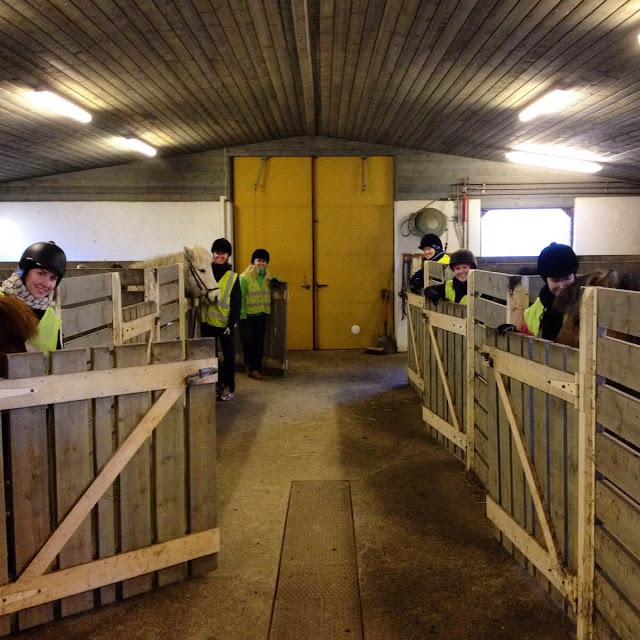 The instructor gave each of us a horse according to how much riding experience we had had previously and we got to saddle them up ourselves. I have never saddled a horse. I may have once put on the bridle but even that was over 10 years ago. In addition Icelandic horses have a little different kinds of saddles and bridles than other steeds. But considering that maybe two of us actually knew what they were doing we got through saddling quite well and quickly. Although I did try to put on the bridle upside-down... No wonder it didn't look too logical. 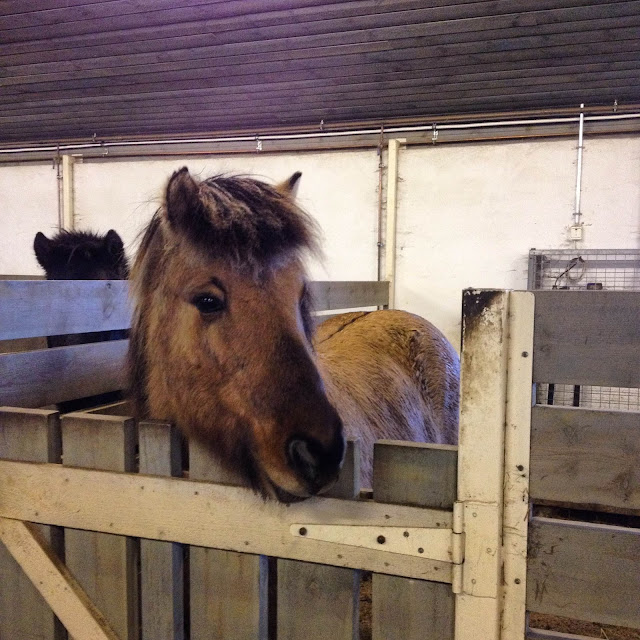 After everybody was done we led the horses out into the sunshine. One by one we were allowed to get up on the horse after the saddle strap had been checked. While we waited for everybody to be ready to go the horses grew a bit restless; mine was scraping the ground impatiently and others tried to move towards the grassier areas around the yard to eat. Mine was particularly sneaky one, it took a sideways step every now and then towards the grass as if it was trying to do so without me noticing. So we settled then and there which one of us was the one in charge.

When everybody was ready we were put into a line. I would have expected that the ones with least experience would have been put to the front so that they could be instructed how to manage the horse but instead they were put to the back. It didn't matter that much since the horses didn't need that much managing after all. But when a horse realized that its rider wasn't quite confident in what they were doing it started to take the mickey out of them by turning to the wrong direction, refusing to stay in the line, not trotting or galloping when they were supposed to, which resulted in the other horses behind them getting frustrated with the slowness and pushing the one in the front from behind causing a little drama right in front of me. Also some technical issues that some people had were resolved only when we were already on our way back to the stables. If they had been advised the proper length of the bridle in the beginning they might have enjoyed the trip more. 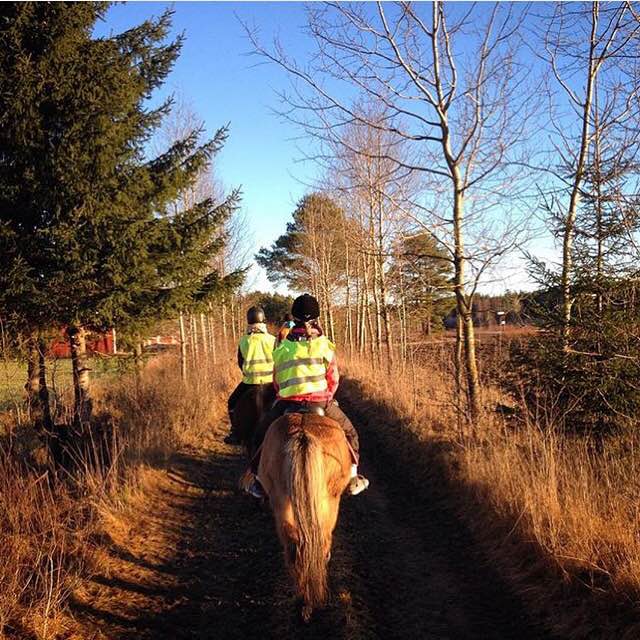 For me the trip was pure enjoyment! I'm so happy I got to refresh my riding skills in the summer so now I was quite confident managing the animal. Only problem was that with these horses lifting your butt off the saddle means "RUN" so every time we were trotting and I tried to lighten the trot the horse started galloping almost bumping into the horse in front. But we managed to find common ground quite quickly and co-operated smoothly. When galloping I totally enjoyed the speed with in idiotic smirk on my face all the time. Emmi behind me was giggling like crazy :D So definitely 50 euros well spent!

It is such an enjoyable and fun thing to do, riding horses! Especially for someone like me who likes to give orders and watch them being followed. With horses you need to be in control or they will take you for a ride, literally! It's also a very technical sport and each horse has their own personality which you have to figure out. But the speed and the seamless co-operation with the animal is such a cool thing that it's quite easy to get hooked into riding. Unfortunately it's a very expensive hobby in Finland... but maybe in Estonia I will look up if there are any riding lessons available ;)